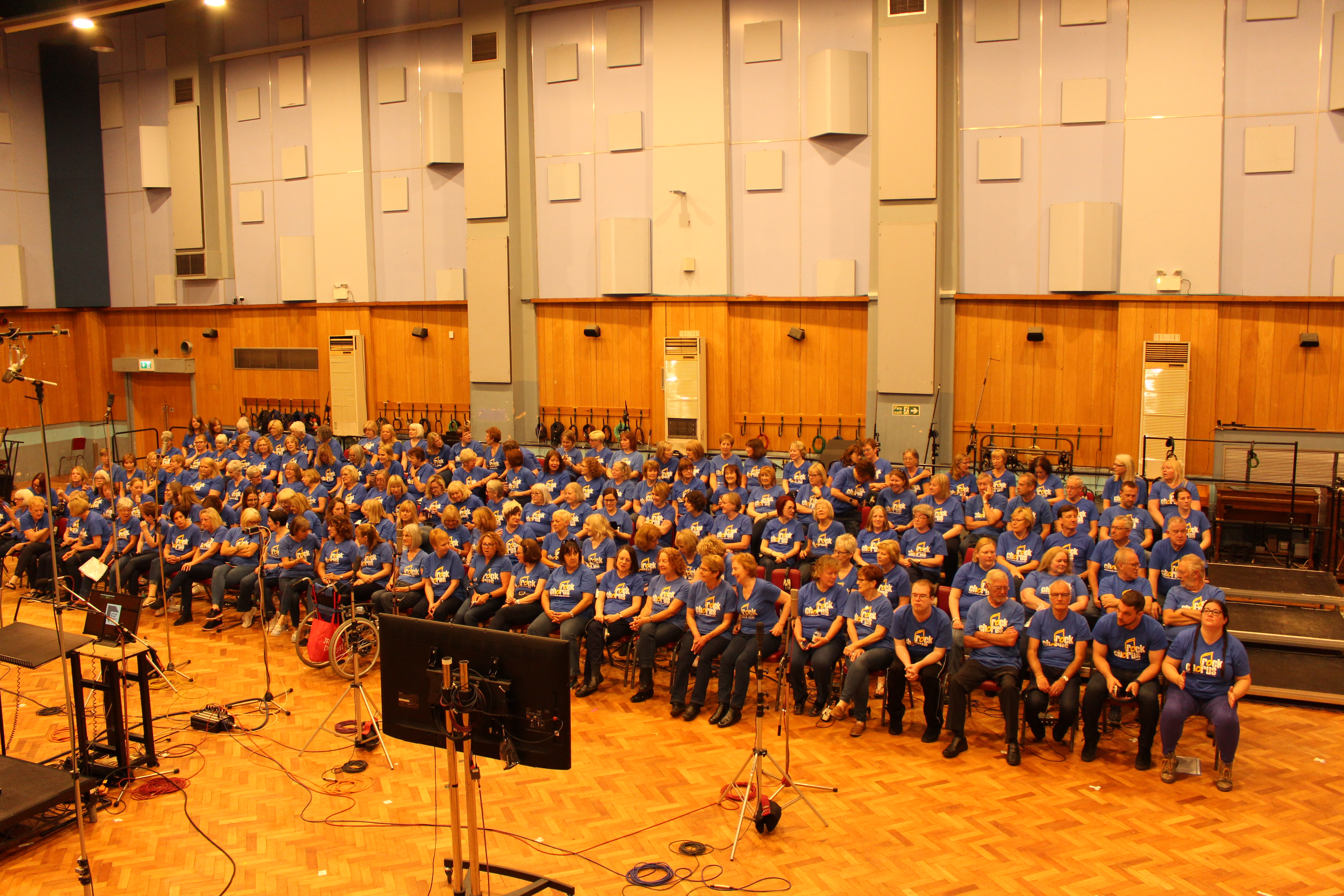 The song was written by Lauren Field, Rock Chorus Director, her partner, record producer, Charles Foskett and Shadows drummer, Brian Bennett OBE. It's the perfect combination of gospel and pop with a moving lyric about friendship and support. And that's what Rock Chorus is all about.

Members of all five choirs, Pinner, Dunstable, Berkhamsted, Milton Keynes and Watford converged on the famous London building with much excitement and anticipation. For many, it was the first time they had been in a recording studio , and to be adding their names to the illustrious list of luminaries who have worked within those walls - not to mention the Beatles of course - was a truly great experience.

Two songs were recorded that day, A Million Souls and You're the Voice, a classic song from the Rock Chorus repertoire and they will soon be available as a double A side single.

It was a successful and memorable day and we look forward to recording there again in the future. 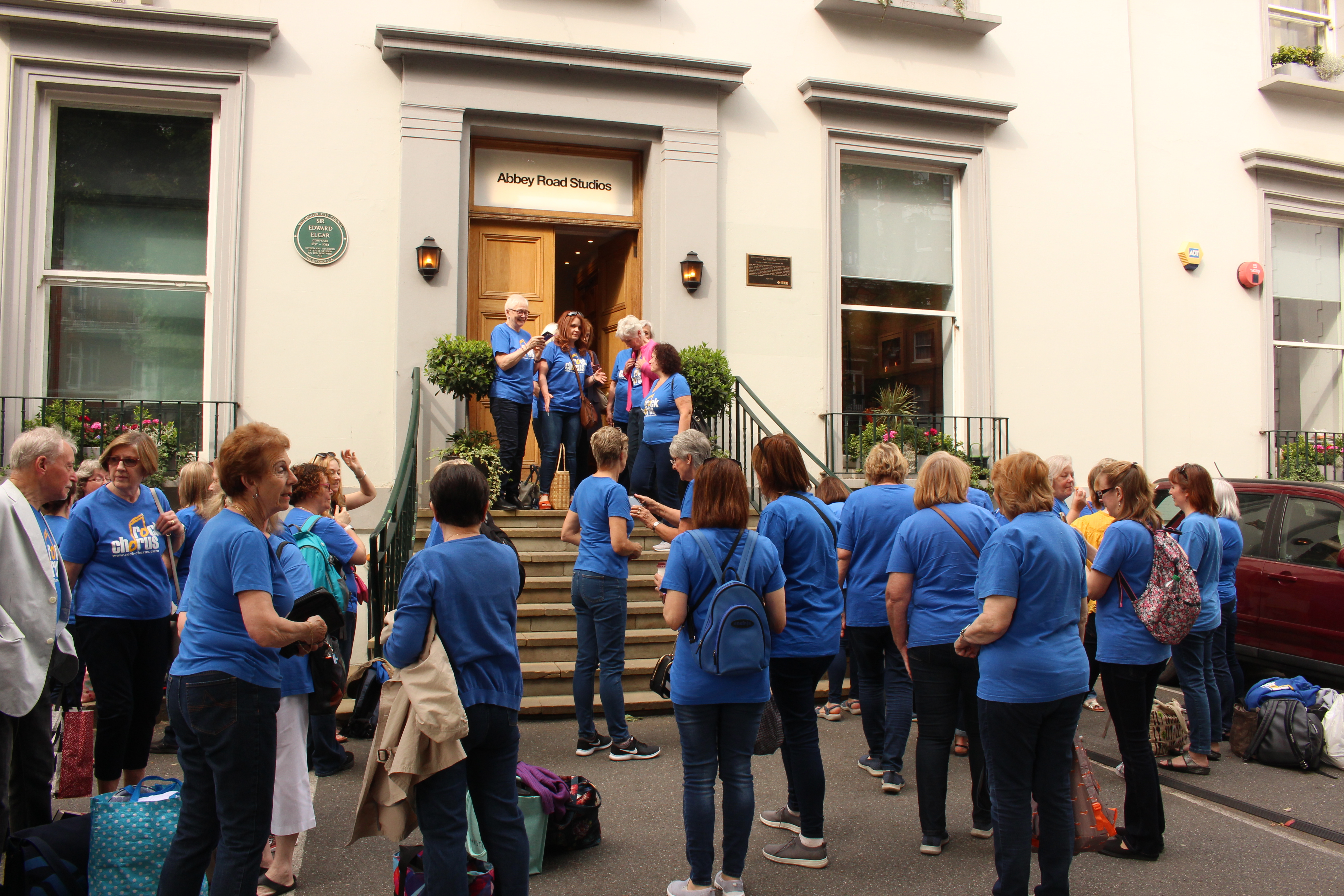