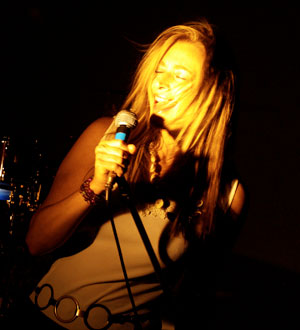 Lauren began her musical and performance training at an early age becoming proficient in piano, drama and dance. She continued in further education at the world renowned Webber Douglas Academy of Dramatic Art. In her early professional career she worked in musical theatre and revue in the provinces and the West End. Singing was her true love and she began more and more to be offered session jobs working for the likes of Cliff Richard, Petula Clark, John Farnham, Kim Wilde, Elkie Brookes and many more.

She earned critical acclaim as a singer/songwriter in her own right with the release of two albums in 2003 and 2005. Modern Woman and From Berlin to Brooklyn. She had two successful tours of Germany and performed all over Europe at various music festivals and was regularly featured on radio throughout Northern Europe and the UK.

Alongside a thriving career as an artist, Lauren worked as a vocal coach for professional and up and coming singers. She taught privately, in schools and also in London’s premier contemporary music college, Bimm London.

She was inspired to start Rock Chorus in 2009 after teaching choral masterclasses at the Ritmi Festival in Riga where she arranged and conducted songs for young singers from across the Baltic states.

Apart from the joy of arranging great songs for mixed voices was the sheer pleasure of bringing people together.

Lauren says, “Singing is one of the strongest glues for encouraging positive community development - We want people to come because they love singing, enjoy the experience and want to make new friends and have more social events in their lives - simple as that - It’s the most fun you can have standing up and good for your health - there aren’t too many things you can say that about.” Lauren maintains that Rock Chorus is her biggest achievement and greatest pleasure.

“I consider myself the luckiest person in the world to have been able to establish a big and growing group of fantastic men and women who come together with enthusiasm, goodwill and a desire to learn whilst having great fun. We really are one big, happy family!” 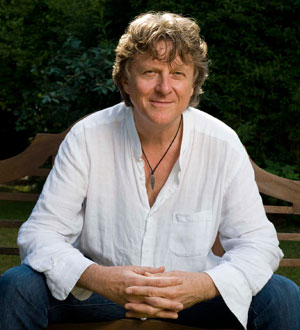 He has produced a host of artists including Bonnie Tyler, Elvis Costello, Holly Johnson, Ringo Starr to name but a few. He has worked with artists all over the world as well as producing many fine albums in his own studio.

He is halfway through an autobiography entitled “Ashtray on a Motorbike,” about his exploits in the music industry and is currently embarking on a new career as a folk musician!

Charles runs the studio where all the Rock Chorus recordings are produced. He produced and mixed Rock Chorus’s very own anthem “This is Our Time” and is often on hand at gigs to help with the live sound. 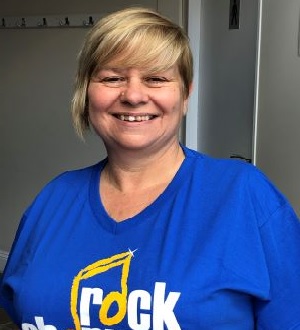 Janet is a fairly new member of Rock Chorus having been introduced to the Pinner Choir by two Watford choir members in September 2017. She took over the desk in January 2019 after being the Pinner coach monitor for the Xmas Party (Long Story!) Janet has thoroughly embraced her role, greeting old and new members at the desk every Monday morning and helping with any queries. She’s at the helm with lyric and sign up sheets, and is there to  help new/taster members feel at home. 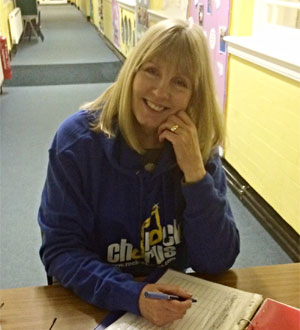 Angela has been a member of Rock Chorus since the first night it opened its doors on the 8th Sept 2009. Since that night she’s learnt many songs, made many friends and has some wonderful memories. Angela firmly believes there is no better place to be on a Tuesday evening and she is always at the desk to greet old and new friends alike. 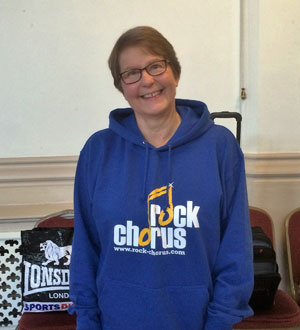 Liza is a long standing member of the Berkhamsted choir and now a familiar face at the desk where she helps members with all manner of things like where to find lyrics and sign- up sheets and new members with registering and how to find their place in the big Wednesday morning choir. 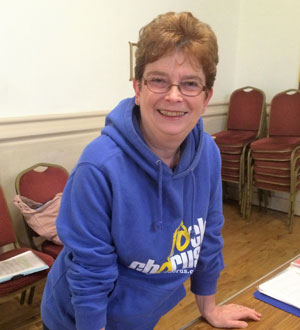 Kathryn has been with Berkhamsted Rock Chorus since the very first rehearsal in 2009 and worked in the Rock Chorus office for four years at Lauren’s right hand. A welcoming face at Wednesday rehearsals, what Kathryn doesn’t know about Rock Chorus, isn’t worth knowing. Kathryn also helps out with stage management at our Big Gig every spring, and periodically produces videos that appear on the Rock Chorus website. 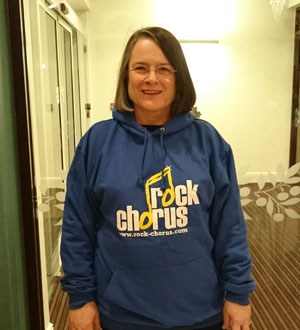 Carol is a member of the Rock Chorus welcoming team that meets and greets choir members and those attending for a taster session at Milton Keynes. She is available at the desk at the start and end of each choir session to register members, have music available and help answer any queries. She undertook this role about 4 years ago and greatly enjoys the interaction with everyone and helping with the running of the choir.

Sharon started singing with the Pinner choir but when her working hours changed she started attending her nearest evening session, now in Northwood Hills. She started working on the desk about three years ago and is always there to greet members and help administer the Northwood Hills choir. She also sings both Soprano and Tenor parts and can often be seen leaping from one side of the stage to another depending on the song!