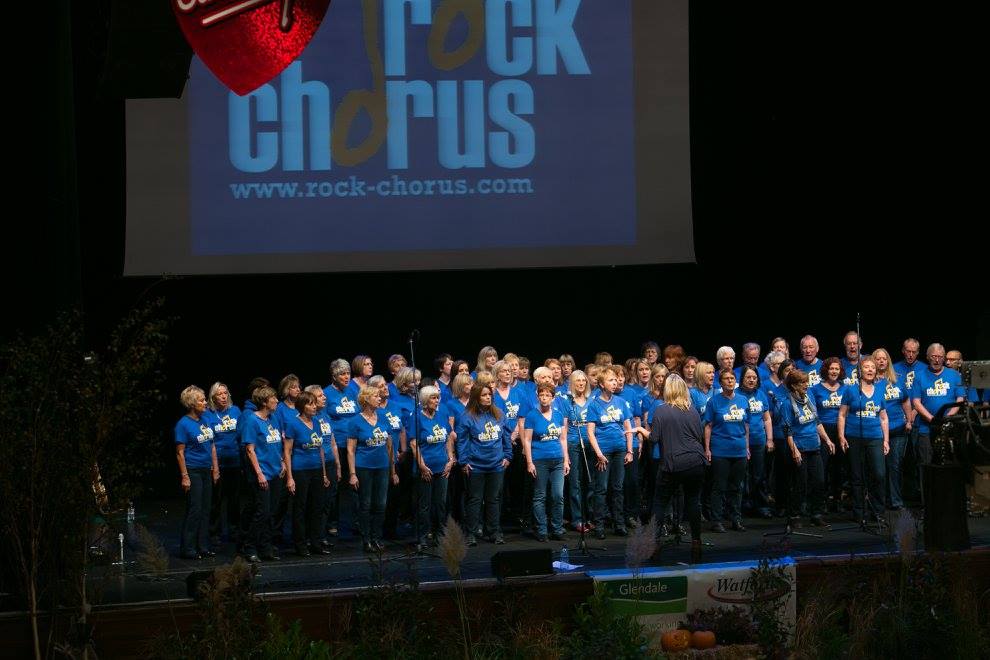 The Christmas term was a hectic one for Rock Chorus. As usual we were booked to perform all over our five areas as well as performing for the second time at The Ideal Home Christmas Exhibition.

Our busy run of gigs started at Halloween when we performed on the huge Colosseum stage for the brilliant "Community at the Colosseum" event for the Watford Housing Trust. Rock Chorus joined a host of other entertainers opening the afternoon with a 20 minute set and then took to the stage later in the day to close with a rousing finale. 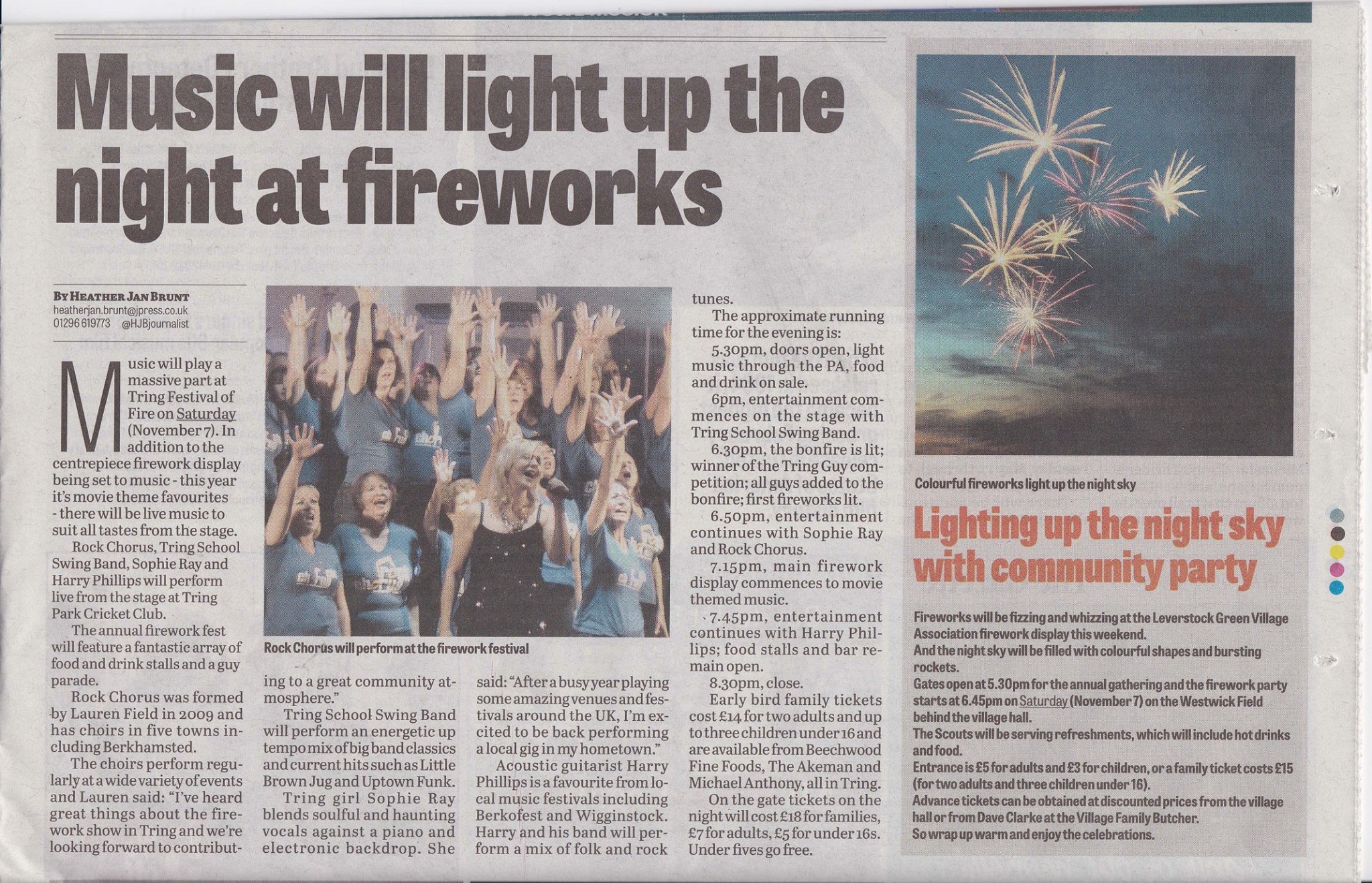 We helped light up the night at the Cricket Club in Tring for the town's annual Firework display. The pitch was packed with families who were treated to a fabulous show with Rock Chorus providing a rocking set warming up the crowds before the stunning Fireworks lit up the night's sky.

We were excited to perform for a second year running at the Ideal Home Christmas Exhibition - this time at Olympia. We had to be up at the crack of dawn as we were kicking off the proceedings by entertaining the shoppers before the doors opened! Then we we played 3 sets on the main bandstand - or rather we overflowed the bandstand as there were so many of us. Members from all five choirs took part. The Pinner and Watford members took the train and those of us who went from Dunstable, Berkhamsted and Milton Keynes took the coach so we were able to warm up by singin all our greatest hits on the way. Our lovely driver took us along Oxford Street on the way back to catch a first glimpse of the Christmas Lights.

On November 28th we supported our very own Maggie Lines who organised a fundraiser for Parkinson's Disease at the Heath Inn in Heath and Reach. It was a really great evening and we were thrilled to be able to help raise over a thousand pounds for a very worthy cause.

Then on the 29th November we provided the Festive cheer (along with Santa) at The King Stag in Bushey for their Christmas party. We performed our first set outdoors, with fake snow and the threat of a torrential downpour. Rock Chorus members are never deterred by the elements! The second set however, was performed indoors as the heavens did open and we feared for our PA! It was a storming second set and the windows steamed up as we cranked up the volume! 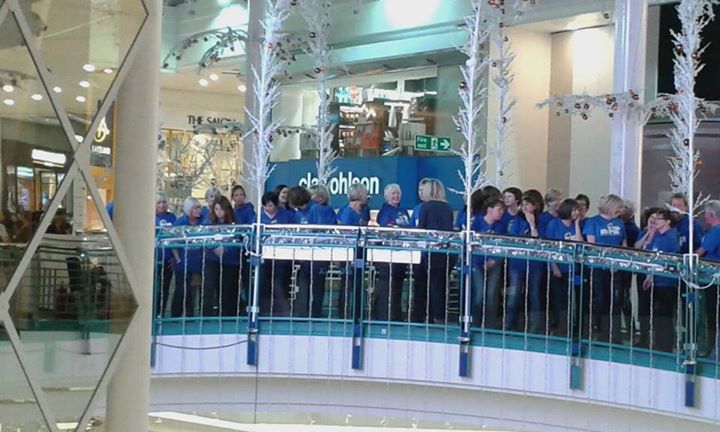 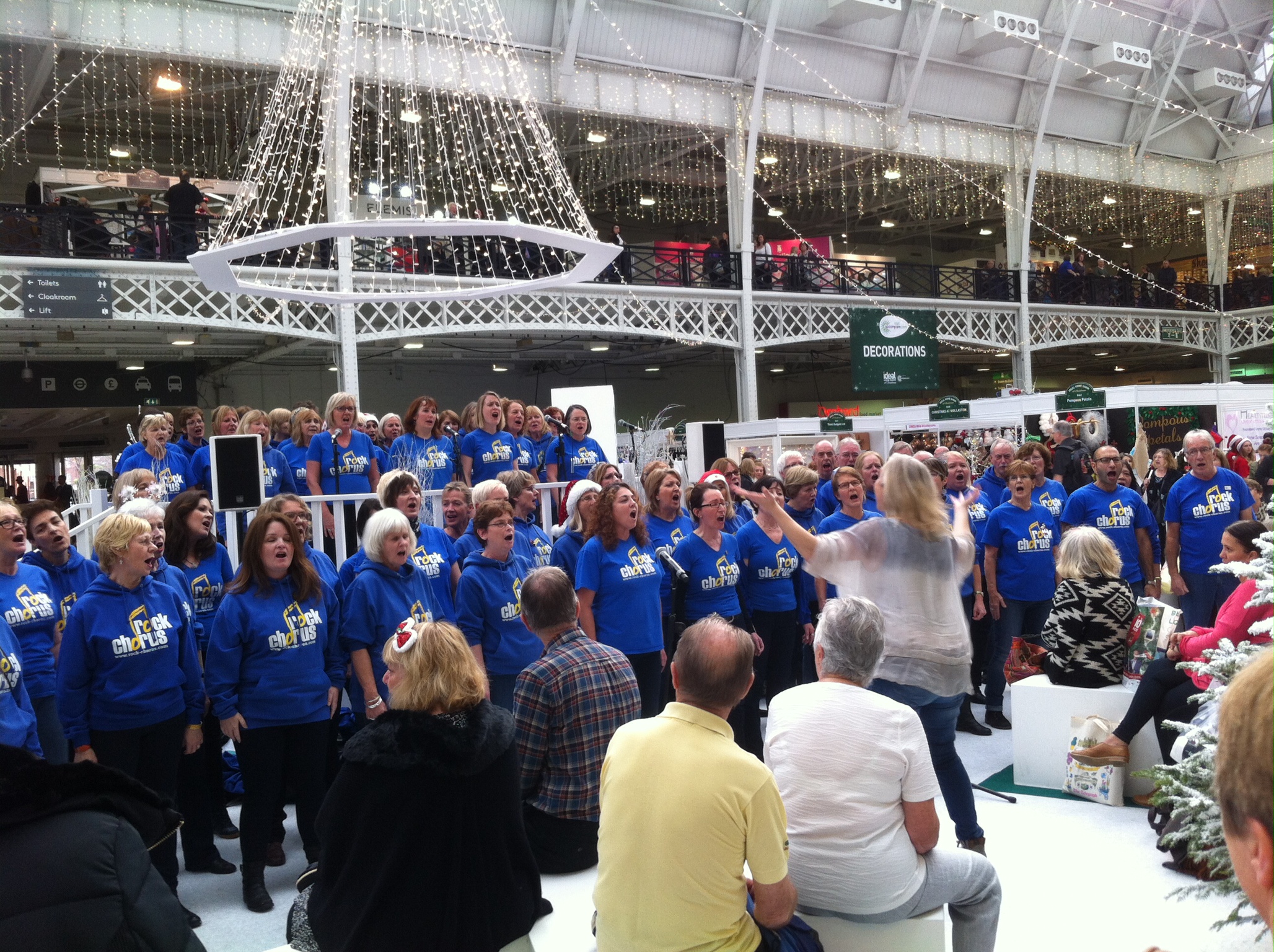 In early December Watford's INTU shopping centre invited us to sing for their big Christmas Lights switch on. It was an extravagent event with dancers, pantomime characters, sports heroes and of course the super fabulous Rock Chorus all topped off with a big fireworks display which could be viewed through the glass roof. The acts involved were treated to Prosecco on tap and a very nice buffet! At last - someone read my rider!

The term came to a close and we still had gigs - the U3A Christmas coffee morning at the Metropolitan Police Club in Bushey - sounds tame, but they were dancing in the aisles and the Bletchley Masonic Ladies Luncheon where we all let our hair down including the men who had been invited to what was a very delicious Christmas lunch. I know because I was very kindly invited to join the Masonic Ladies before taking to the stage.

Even after all that there could be no rest. The now legendary Christmas Parties took place in Dunstable on December 9th and in Pinner on the 15th. As usual the dance floor was packed all evening and we finished the nights with a rousing rendition of Fairytale of New York - Rock Chorus and The Pogues - a match made in heaven.

Now we have started our Spring term - everyone is in great voice and we are getting ready for our Big Gig at the Venue in Milton Keynes on April 16th. It's all go!