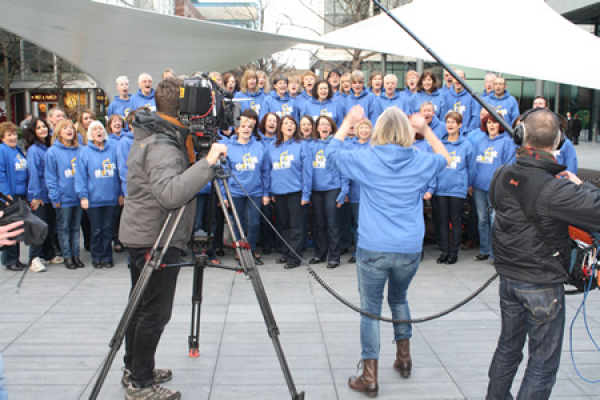 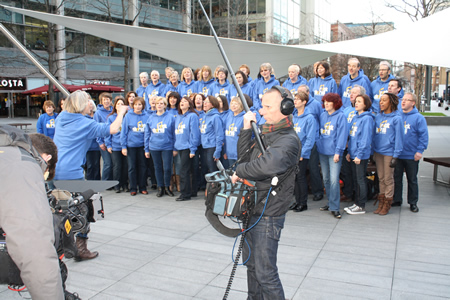 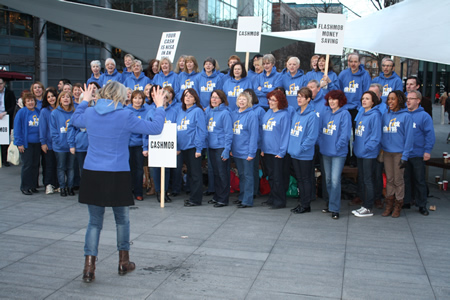 Rock Chorus have been on location in the City of London for the Martin Lewis Money Show.

Rock Chorus’s director, award winning singer/songwriter Lauren Field, was recently asked to write a jingle about ISA’s to be sung by members of her 9 choirs for ITV’s prime time money programme.

More than 50 singers arrived at Spitalfields in the City on a cold, bright afternoon to be greeted by the television film crew and programme director.

After a short warm up the choir were in position and cameras rolled capturing the first few renditions of the jingle, performed in three part harmony.

Then the two presenters, Martin Lewis and Saira Khan (from BBC’s The Apprentice) arrived to be greeted by a sea of blue Rock Chorus hoodies and glorious voices raised in song.

As well as providing Martin’s ISA message with its own theme tune, the 50 strong choir also performed short sound-bites driving home the “time is running out” message, announcing the commercial break and answering a finance question, all in song of course. 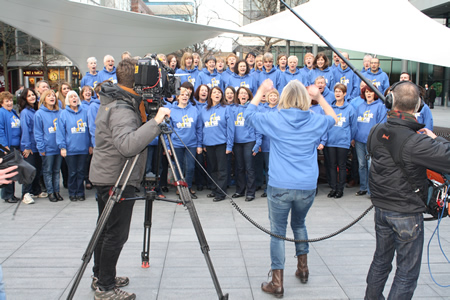 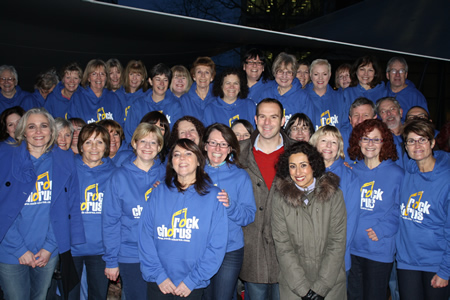 The show is to be broadcast on ITV1 at 8pm on April 5th.  Rock Chorus is also likely to be seen and heard on the previous week’s show as members of the choir helped Martin in his mission to educate his audience about their savings.

The day of filming wrapped at about 6pm by which time everyone was in need of a warming beverage and the choir repaired to their favourite place – the pub!

Television stardom has not gone to their heads and Rock Chorus will continue to work hard for their local communities and charities and are currently rehearsing for their next big gig for the Lions Club of Bletchley.