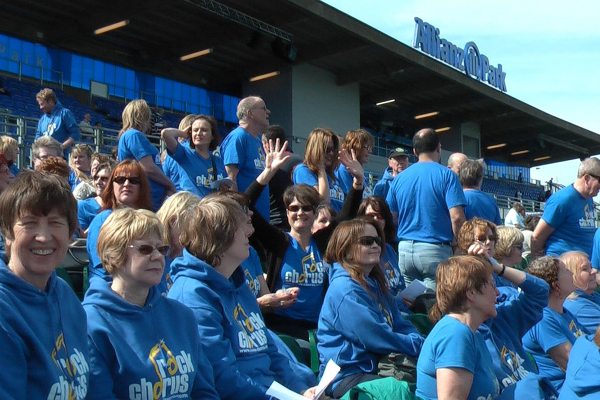 19th April 2013
Rock Chorus Members spent a brilliant afternoon in the company of the Saracens on Sunday 14th April at their new ground at Allianz Park.  Members from North Finchley, Pinner, Watford, Berkhamsted, Dunstable, Milton Keynes and Aylesbury Rock Chorus choirs entertained the 10,000 strong crowd before the match, and a group of Members sang the from the centre of the pitch. 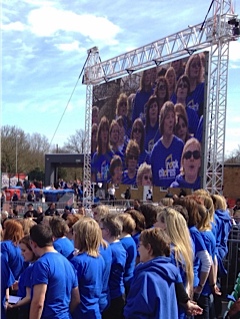 A sea of Blue!

The sun shone, the rugby was great and Rock Chorus members who’d never even watched a rugby match became true converts to the game.  Saracens rounded off the afternoon with a spectacular 47-17 win over Worcester Warriors to secure themselves a place in the semi-finals of the Aviva Premiership.

Good luck for the semi-final Sarries! 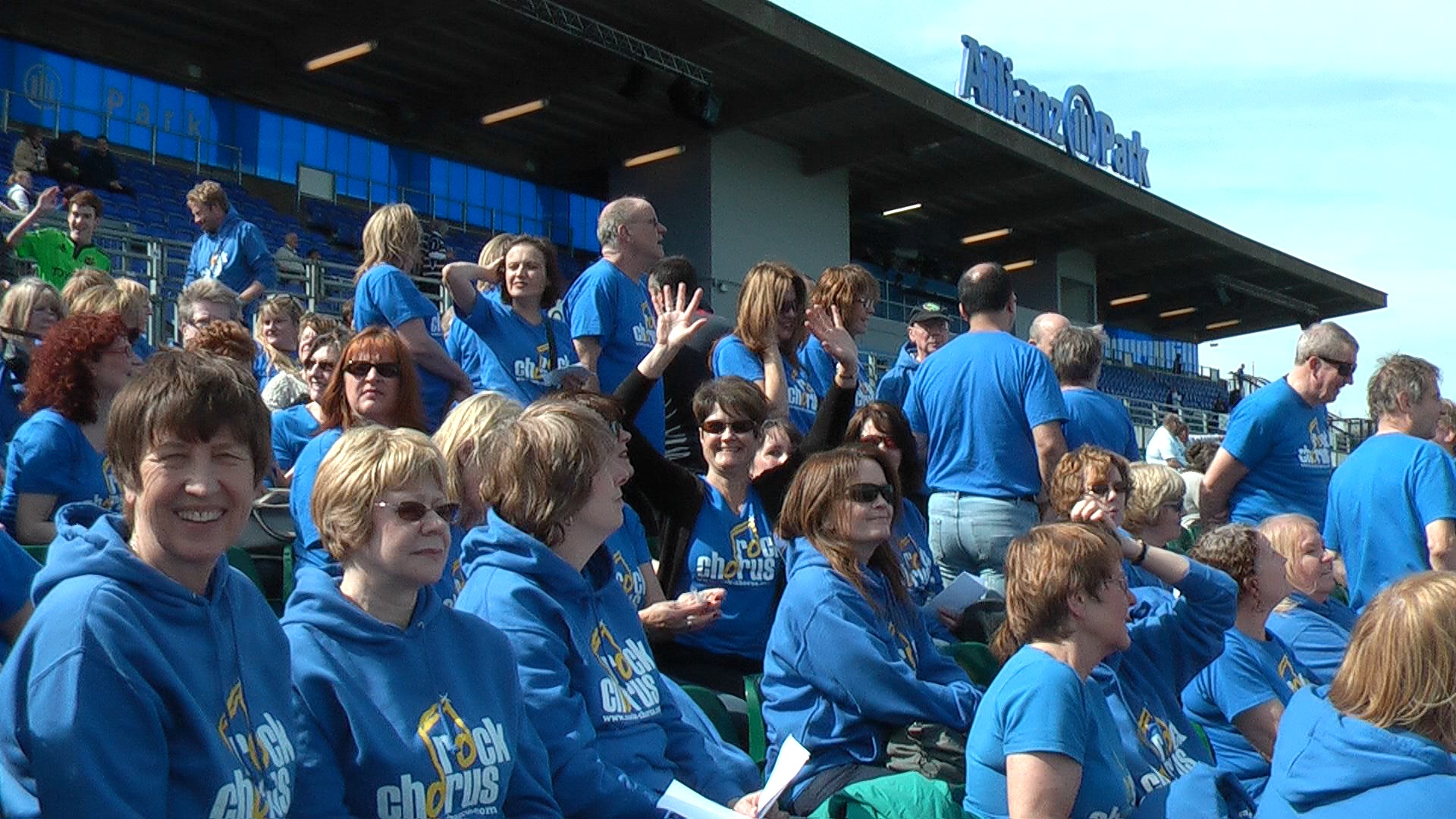 Finding our seats at Allianz Park.