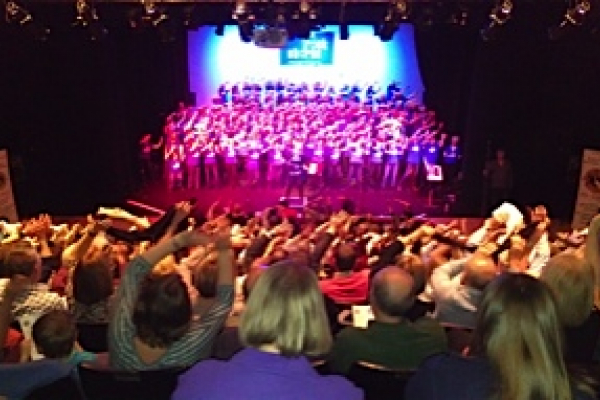 21st March 2014
Most of you established Rock choristers have known about this gig and performed in it for the last four years, helping to drum up much needed funds for various charities (which after all is the reason for doing all our gigs – giving something back / oh and having a great laugh and a good time into the bargain!) - After each annual Stantonbury event many have asked me ‘How did it sound?’ ‘What was it like?’ and my reaction, always on the positive has been ‘Yes you sounded great - best one yet’ but I have never written about it until now. 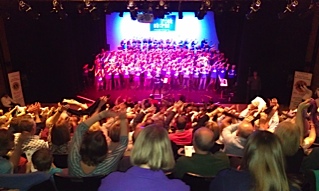 I now have to be completely honest here and tell you (from my professional music producer’s opinion) that this recent Stantonbury performance was in fact the greatest of all Rock Chorus performances - at times it looked and sounded just like a professional performance worthy of any stage from the West End to Broadway. I mean this sincerely, it brought a tear to my eye now and again, I was very moved and happy for the whole room - It was hugely uplifting throughout and it’s been something I have been waiting for in a Rock Chorus concert for the last five years. 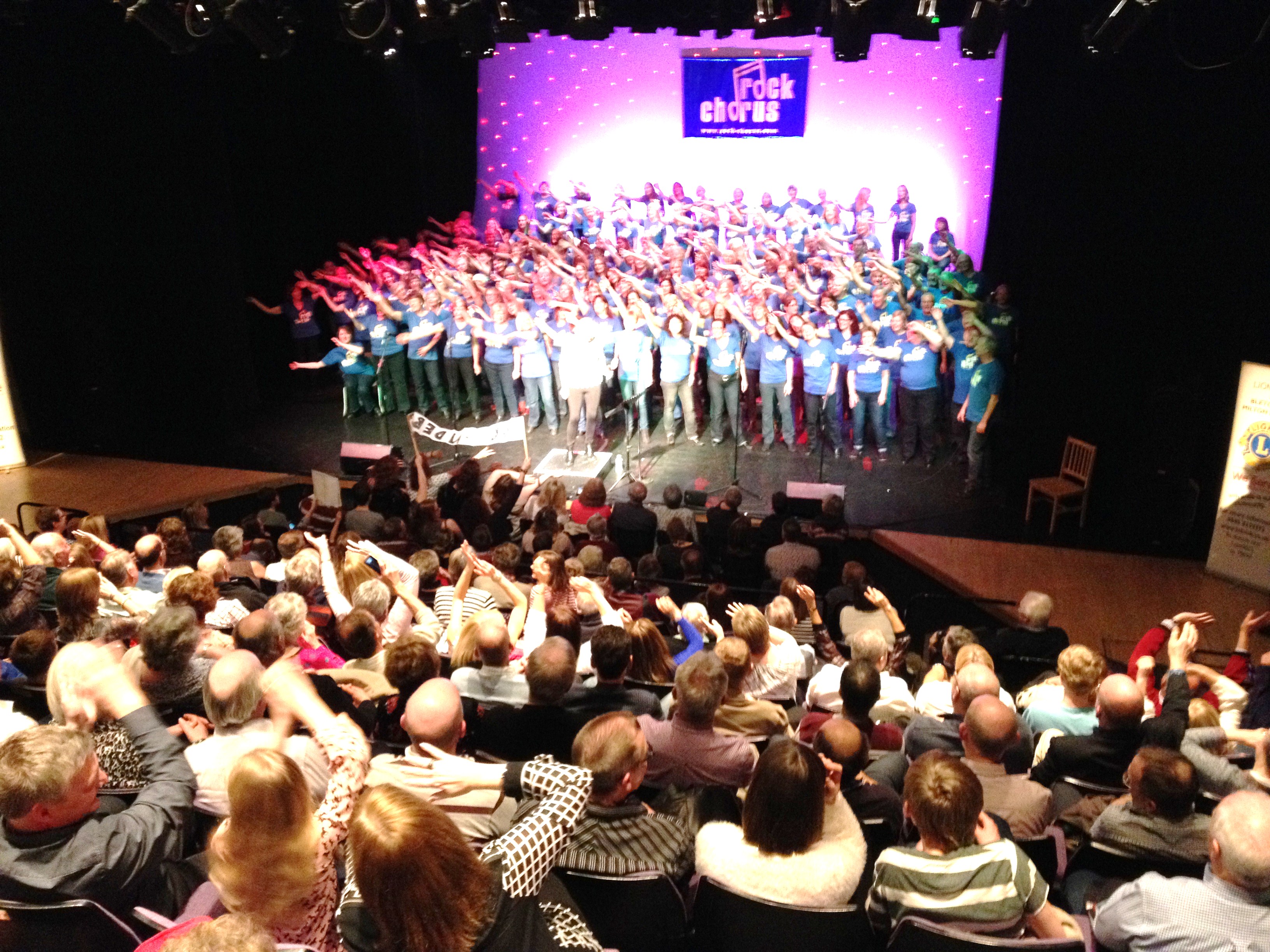 There were very few mistakes apart from the odd member throwing their arms up in the air amongst 150 other members with arms down by their sides just because my dear wifey rose her arms in the air gesticulating the fact that she wanted the ahhh’s and oooh’s to rise in volume.  Then there was my mate from Aylesbury - you know who you are - no I won’t name him - he is a Rock Chorus ‘lovely’ but he does tend to spend most of the time looking at the girls instead of the conductor - funny! 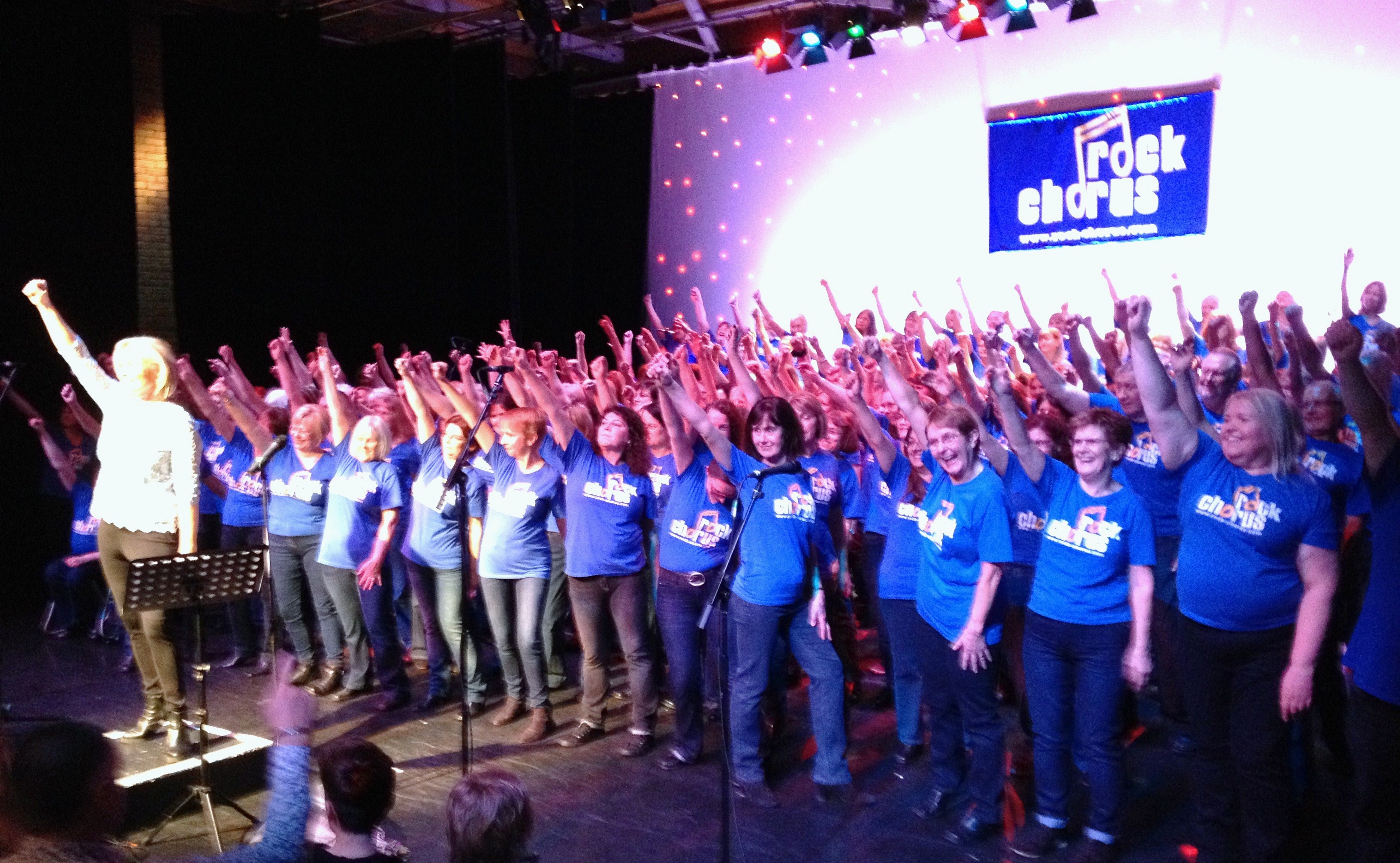 Along with some great microphones for a change I did arrange to have two of my good friends on sound mixing and lighting duties and as always they did a sterling job. These guys also supplied the microphones, on stage monitors and worked all night for the price of a beer (I applaud Angela’s sons Chris and Andy Lea) -  I also brought in three camera guys to film the whole event and although two hours of performance will take quite some time to study and process we are looking to have some great footage of the event too.

The Stantonbury sun was shining when we arrived, just like it has done successively every year - The afternoon rehearsal lasted three and a half hours, and for people new to the process it may have felt long and they may have found it tiring - This is what it’s like doing any proper gig, set up, hang around, sound checks, run through, hang around, rehearsals to fine tune for the evening’s performance, more hanging around, tweaking sound, moving bodies, stretching all boundaries, lighting, more hanging around - all this is imperative to the show - and it was one hell of a show and well worth the efforts by all involved. 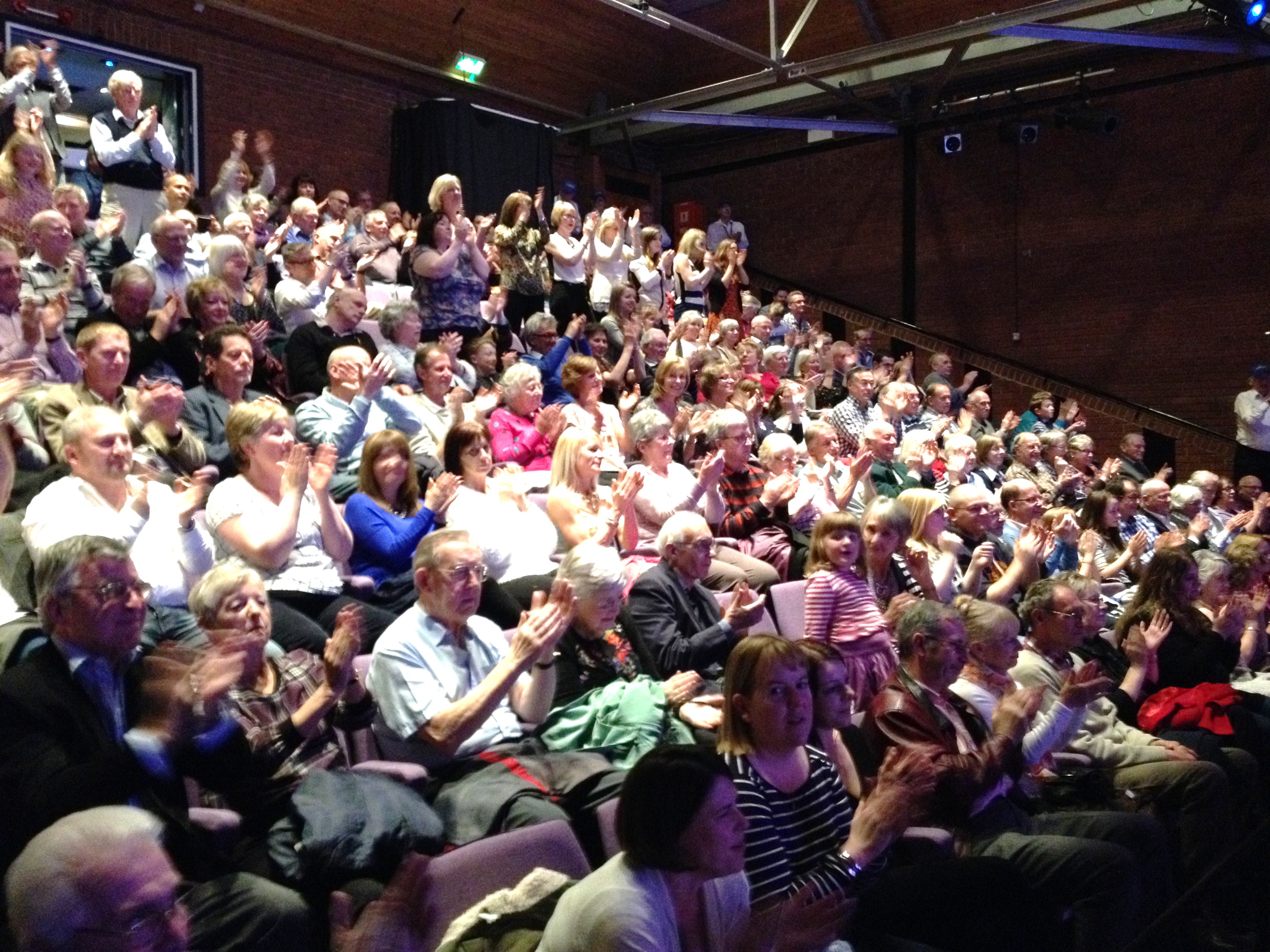 Next year we have been told that the Lions are hiring a bigger venue to seat even more punters as we sold out this recent concert in two weeks and there were a lot of people not able to buy tickets and attend. See, you are all getting so very well known now! - I guess that even with a new venue it will always be affectionately known as ‘Stantonbury’.