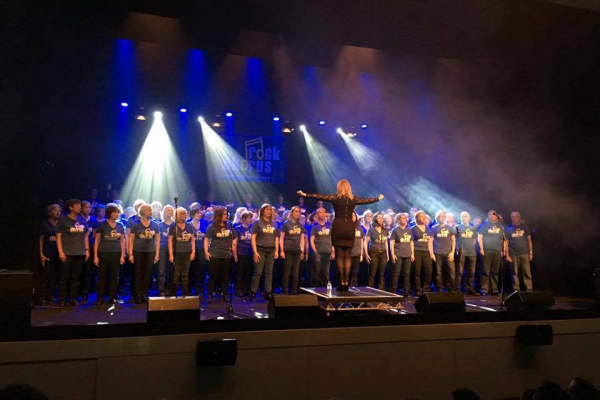 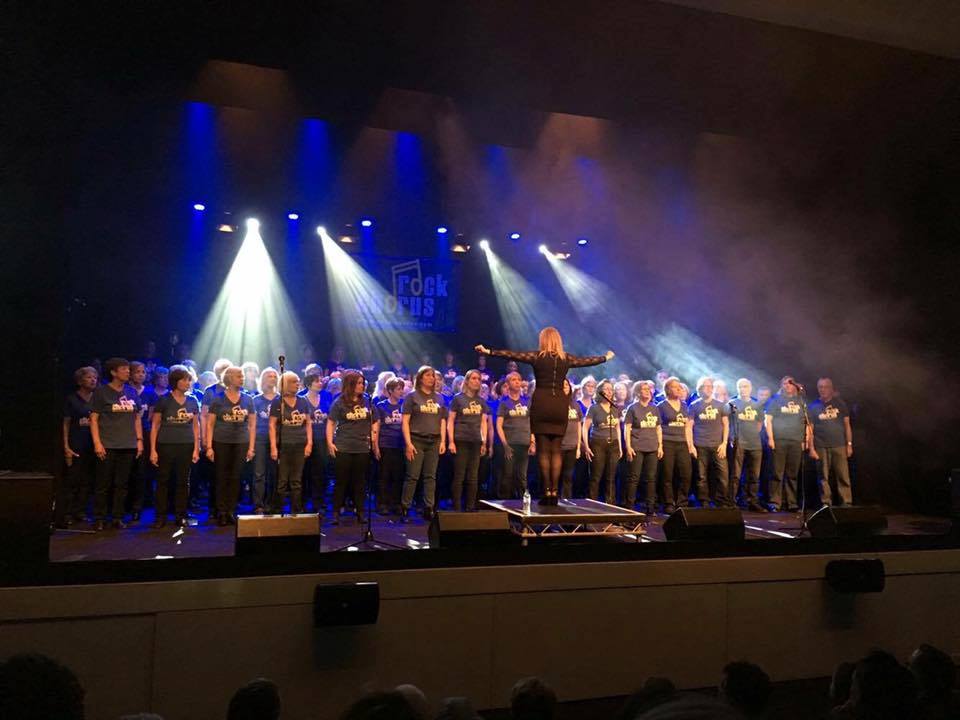 The Big Gig and other assorted highs!

The said charity on this occasion was to raise money to support Medical Detection Dogs ­  now this is a new one to me but nevertheless, I say if a dog can be trained to sniff out and detect early diagnosis of cancers let’s start training the whole canine world today.    The said concert gig is our annual big theatre performance put on by The Bletchley Lions  Club where all of our five choirs of Rock Chorus combine to make the biggest uplifting noise known to man ­ Pinner Rock Chorus get together with Watford Rock Chorus and hit the M1  north, whilst Berkhamsted Rock Chorus and Dunstable Rock Chorus cross country to the A5  to meet up with Milton Keynes Rock Chorus in the venue ­ The venue is actually called ‘The  Venue’ (MK).  Lauren and I arrived later than arranged ­ this is common practice with the Fosketts ­ we just  can’t seem to get out of our own front door on time, and when we eventually drive off in our  car, ninety nine times out of a hundred we always have to turn back because we’ve forgotten the USB stick, the set list, the shopping list, to  lock the door, to switch off the hair straighteners, to ? goodness knows there is always  something!
Anyway, we arrived as we always do to lots of blue t’shirts which endlessly makes us smile and gives us the feeling that we are doing something worthwhile with our time here. The afternoon’s rehearsal sounded really good even in an empty theatre space but it  always sounds mega great on the actual performance as a room full of bodies always makes  for a better acoustic for sound, not to mention a full theatre audience never fails in giving  Rock Chorus that big sense of occasion which, in turn, never fails in every member raising  their game on stage. Yes we’ve all came a long way from singing into our mother’s hairbrush  in front of the bedroom mirror.    I love wandering around backstage dressing rooms watching all our members getting ready  for the gig (that sounds a little voyeuristic and pervy doesn’t it) ­ the combined excitement  and pre­show energy going around could definitely launch a ship or two ­ love it!    Afterwards I always get a thrill out of watching our members coming off stage, their smiling  faces full of that great after­show buzz of just having sang their hearts out in front of an  appreciative audience, one who didn’t just applaud but danced in the isles and gave multiple  standing ovations. Fantastic!
A week later we performed in the local school hall for a community benefit ­ the audience  were a mixture of morris dancers, vintage car enthusiasts and a large dancing dragon who I wanted to kick up the a**e for standing too close to my wife whilst she was conducting. The  tea was weak but tasted like weak tea, and the cakes tasted like wet creamy paper mache.    Oh what a glorious life is that of a Rock Chorister!
Charley xx